You are here: Home1 / Hormones2 / News Flash! Men and Women Are Different

Did you catch that? Groundbreaking isn’t it?

If this is the case and we all know it, why then do we use the same diagnostic criteria for depression for both men and women?

Depression is highly dependent on hormones, brain wiring, and chemistry. It is a well-known and established fact that men and women run off of a completely different hormonal profile and that our brains are literally wired differently.

Why then is it that an issue that is as complex as depression, will show up exactly the same in a man as it would in a woman? I personally believe that there is absolutely no evidence that it does, none at all, just a series of biased, sexist, assumptions. 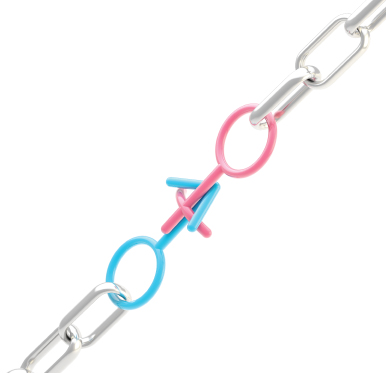 Culturally and medically, depression has been falsely labeled as mostly a female issue. Women are twice as likely to be diagnosed and up to four times as likely to report depressive symptoms. The first depression diagnoses were labeled “female issues,” and the first anti-depressants were called “mother’s little helpers”.

From this incredibly embarrassing early start for the diagnosis and treatment of depression, it was clinically centered on a female expression of what we now know as depression. Couple this with the fact that the vast majority of medical researchers, practitioners, educators, and so on are men, and you can clearly see where the bias comes from.

If you however include only two more criteria in the diagnosis questionnaires, you will suddenly find that just as many men fall into the depression group as women do, with no difference in incidence.

WHY is this the case?

I think it comes down to the fight or flight response.

Men are physically prepared for action, for fighting or to flee to draw a predator away from their family. Women hunker down and bring the children in close while leveraging the community to stay safe.

Although both responses are fueled by adrenaline, due to testosterone, cortisol, and oxytocin (to name a few), the reaction in each sex is generally speaking vastly different.

Fast forward to today. Stress triggers our fight or flight response and while women turn to the community, as in family, friends, talking, and bonding to deal with the threat, men still get the drive to move into action.

That leaves men with pent-up and bottled energy and suppressing the urge to lash out. Over time, this eventually starts to seep out in the form of anger, irritability, and frustration, and will eventually lead to withdrawal, fear, anxiety, and yes, depression as we currently define it.

The Irritable Male Syndrome (IMS) is so common that people, especially women, simply chuckle and say…..”Doesn’t that describe all men?” The concept of the grumpy old man is almost a rite of passage!

It does however not have to be so, and if you see your man going through this, PLEASE understand that it can be a sign of something much deeper and more significant than him simply being in a bad mood at that stage.

Oh, and here is a hint: the man suffering from this can’t see it. It is a blind spot or they are incomplete subconscious denial, so be ready!

There is much more on this to come and how to improve it in future articles.

Take a deep breath, my brothers, I am not just writing about this myself, I am dealing with it…..and so is my wife! There is hope.

We can do better!

The Downside To Coffee…..Read If You Dare!
Scroll to top