You are here: Home1 / Diet2 / Do SSRIs (Depression Medication) Cause Weight Gain?

The key to weight gain is insulin, and insulin is stimulated by sugar, grains, and carbs.

Insulin is THE fat-storing hormone and the ONLY direct stimulator of fat gain. It is also responsible for keeping that fat on you.

SSRIs raise insulin significantly over time. This artificial increase in insulin, independent of your diet, can in time lead to insulin resistance and weight gain. If you are already insulin resistant, SSRIs will magnify it and will contribute to the poor health that will follow. 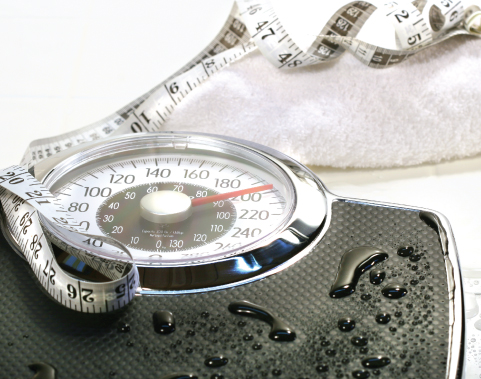 Did you know that the pancreas produces serotonin at higher levels than seen in the brain? Up to 90% of the body’s serotonin is in fact made in the gut and not in the brain, and the same cells and tissues that hold the insulin that is waiting to be secreted in the pancreas also hold serotonin.

The pancreas releases serotonin each time it is stimulated to release insulin.

The serotonin in our brain is very fleeting, as it comes in waves of impulses and then goes away. When serotonin from the pancreas is released with insulin secretions, it binds with different enzymes and magnifies the insulin response from food and blood sugar.

The insulin from the gut and pancreas that gets stimulated does not get into the brain, but the SSRIs people take as a mood enhancer or for depression are designed to target the brain, as well as pass the blood-brain barrier to get into the rest of the body. The SSRIs attempt to keep serotonin in our brain at higher levels by blocking the reabsorption that would normally happen after the serotonin did its job, to try and boost the person’s mood.

SSRI medications do the same thing in the body. It keeps serotonin around and the effect it has on the body is different. The result is that the pancreas will continue to pump more insulin artificially, and this will lead you down the road to insulin resistance, weight gain, weight loss resistance, metabolic syndrome, and diabetes. The list goes on and on.

If you significantly decrease insulin in your body and brain, it will promote better brain chemistry and has been shown to dramatically boost mood, learning, and motivation. In my own clinical experience, as well as in studies reported in a review in Psychology Research, it was found that “clinical observations relate an early (between day 2 and day 7) effect of fasting and calorie restriction on depressive symptoms with an improvement in mood, alertness and a sense of tranquility reported by patients.”

It has regularly been shown in research studies that exercise beats antidepressants and the results show in particular that learning to raise the intensity during exercise to even just a “moderate intensity level in anaerobic exercise is associated with greater mood improvements.” (Journal of Psychology, 2019)

Leading an Insulin Friendly Lifestyle including a low insulin producing diet, adding more healthy fats, practicing rotational fasting and exercise will all help mood and symptoms of depression. Many of these lifestyle options have been shown to be more effective than SSRIs in managing these issues long term. When we combine all these pieces together into one lifestyle model, we see a consistent compounding effect in the benefits.

It really is a win-win scenario considering this is also the key to losing both visceral and body fat, as well as promoting vibrant health.

How can you do this naturally? Cut the carbs, up the fat, exercise, and incorporate fasting into your lifestyle. Bam! That is a game-changer!

We can do better people.

News Flash! Men and Women Are Different
Scroll to top