You are here: Home1 / Diet2 / To Get and Stay Healthy You Need To Go Against the Grain

The title of this article is both figurative and literal.

The figurative side is that if you decide to eat a diet that is grain-free in America, you will definitely not only be doing the opposite to what most people are doing but also opposite to what we are being told to do by the biggest medical associations and our government. 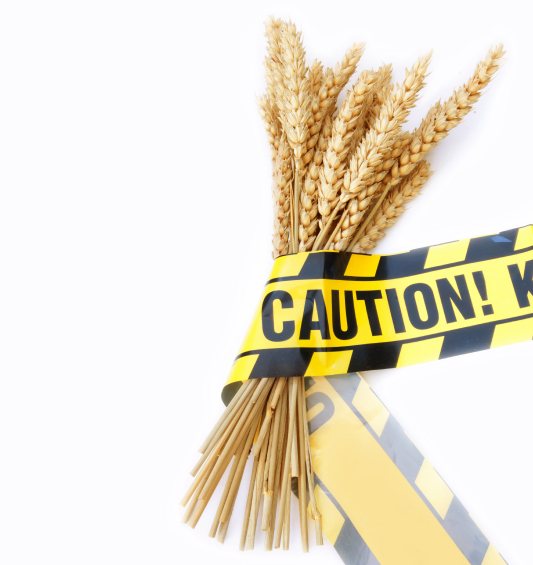 The literal element is based on the fact that if you want to get and stay healthy, you will have to give up eating grains.

There is a growing consensus that inflammation plays a negative role in our health, and leads to the development of common degenerative conditions. A question that is more difficult to answer is, “Where is all the inflammation coming from?”

I would suggest that one of the biggest single contributing factors to the inflammatory levels in Americans is the fact that insulin and blood glucose swings up and down continuously. This is a direct result of the standard American diet that includes and depends on grains. This is especially true for processed grains.

In my practice and teachings, we call grains “Super Sugars” due to their ability to spike blood glucose and insulin. In some cases, grains can throw off our glucose more than refined sugars, and for a longer time.

An article in the American Journal of Clinical Nutrition described the results of a study that tested wheat in our diets against oats. The study continued for 12 weeks and measured risk factors for heart disease. It found the following:

While the oats group improved in most markers, the wheat group recorded severe harmful effects in the blood lipid profile:

This is a significant increase in an individual’s risk of coronary heart disease. It should be noted that the wheat group used in the study was compared to a group that was eating oats. Not only did the oats group not have a negative effect, in some cases, they even experienced an improvement in these factors.

Before you decide to get on the oatmeal bandwagon, you should be aware that other tests using oatmeal have been conducted and repeated in individuals. These have shown that oatmeal can spike blood glucose in the same degree and manner as a 12 ounce Pepsi Cola.

Why then was there an apparent benefit in the wheat study for oats? The participants in the study were eating diets that regularly included wheat before changing to oats – you have to always make sure you read the fine print and understand the full context of the research. Looking at these various results together, one can conclude that it was not the oats that produced the apparent benefit, but that it was actually caused by the elimination of the wheat.

The bottom line is however that processed grains will damage our systems. They will cause our blood sugar to swing as much as drinking high fructose corn syrup or straight processed, refined sugar would. This is NOT GOOD.

Large swings in our blood glucose affect our insulin levels and this creates systemic inflammation. The swings in blood glucose also lead to an intermittent hypo-glycemic state in the brain and this could lead to excite-toxic brain cell death, i.e. brain damage!

Flour is the number one wheat or grain product that is being used in the country. Although I would love to be able to tell you that alternatives such as rice, coconut, and almond flours are better than wheat flour, preliminary research shows that they are not.

Any type of product that is refined to flour will break down the original ingredient, isolate it, and then process it. When this happens, the body can no longer recognize it as a whole food and this can lead to blood sugar and insulin problems, which could ultimately result in brain damage.

What is the answer? My family and I have decided to give up grains, or at least make a conscious choice to reduce them drastically and to make efforts to counter any of the negative effects that may affect our health.

Is this drastic? Yes, it is, but so is the disease that can result from continuing to consume them. This choice is however still always yours to make.

Please remember that we are here to support you in any choice you make. Don’t hesitate to talk through these options with your coach.

Want to join the discussion?
Feel free to contribute!

The Effect of Processed Carbs on The Brain
Scroll to top