With all the craziness that is going on around us, with all the mandates and scary headlines, I want to encourage all individuals that question, challenge and go against the current medical and cultural “norms,” to remember the 100th monkey.

There was a species of monkey that was being studied and observed on a remote island in a remote area of the world. These monkeys loved to pick wild yams and take them up into the trees to eat while they merrily squawked away. 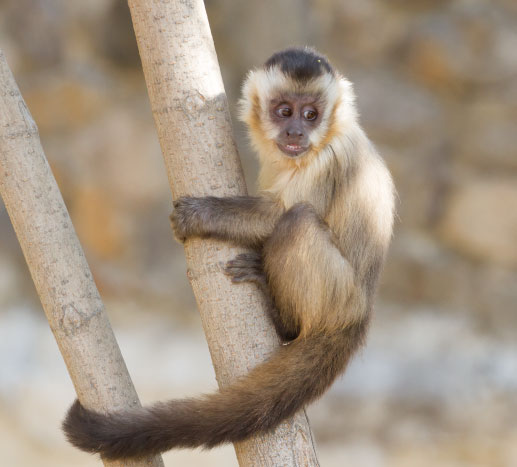 One day, one of these monkeys went down to the ocean, washed his yams, and then chilled on the beach while he ate them. Although this behavior was very peculiar for this species of monkey, day by day a few like-minded monkeys followed, and soon more and more of these monkeys drifted down to the beach and started doing the same. This was unprecedented!

Eventually, there was the 100th monkey. That one monkey was the tipping point. When she went down to join the group of monkeys that were once considered weird at the ocean washing and eating, something shifted unexpectedly, something changed.

It was at this point that observing researchers around the world who had been spending years studying this species of monkeys, suddenly noticed monkeys thousands of miles apart starting to do the exact same thing. Getting down out of their trees and wash their yams in the ocean before they ate them.

There was no monkey to monkey transoceanic group texts, Facebook posts, or TikTok videos to “Like,” or “Emojify.” There is also no common cause on the news that they unified behind, they simply reached what is known as a “critical mass.”

Once that critical mass was reached, the scientists described what followed as a shift in perception, a change in how the monkeys saw the world, or the food, or each other. Something happens once a critical mass is reached. We have seen the phenomena a few times in our lives when it seems as if our entire consciousness as a culture or people makes a distinct shift, all at once.

My friends, challenging accepted cultural “norms” is still neck-deep in the pre-critical mass environment and mentality. As you question “authority.”, rebel against the “standard of care,” and break cultural comfort zones, your actions and ideas will seem like ….. well, like a bunch of crazy monkeys deciding to wash their yams in the ocean.

When the general population looks at you funny when you say you’re fasting, criticize you when you choose to not “just have a little,” or shake their heads when you prioritize your sleepover social time, you can however take comfort in knowing that you are not alone and that they are simply the band of squawking monkeys that have not yet gained the courage to move from their trees.

More and more of us are leaving the perceived safety of the branches and going to the water’s edge and putting our feet in the sand. You are not alone and your message is being heard over the rude, shaming, accusatory chatter of the ones still up in the trees.

It won’t be long before more and more people either get the urge to feel the warmth of the sun or that those who are encouraged by others leave the cultural “norm” to slowly start joining in.

At some point, we will hit that critical mass and people will venture out and start to question what they once defended, and start acting against what they once accepted as normal. Many won’t even really know why they did it, but it suddenly felt right, made sense, and the old model just felt wrong.

That is how it works, no convincing is needed. It’s energetic and part of us and our connection through our collective consciousness.

In time, those who remain smug up in their trees in the post-critical mass world will look as out of place and inconsistent with the “times” as we once did down at the surf while we questioned the tree monkey’s “standards of care.”

Think of grandma’s original objections to computers or cell phones, and that she still uses today! That’s an example of pre-critical mass thinking in a post-critical mass world.

It is our nature to question, and it IS the very basis of science and learning. It also drives us to act on what we believe, and to do what is right for US, and our family. When enough people do this, the community at large takes care of itself. WE are society, each and every ONE of us.

Follow your gut, keep learning and keep challenging. I am right there with you, you crazy monkey!

We can do better my friends!

Want to join the discussion?
Feel free to contribute!