You are here: Home1 / Diet2 / The Skinny on Low Fat Diets for Health Improvement

The Skinny on Low Fat Diets for Health Improvement

The U.S. government announced in 1977 that it would be backing and promoting a framework for the new healthy American diet. It recommended a low fat, low limit saturated fat (10%) diet, together with multiple meals and snacks per day to promote better health for all Americans. 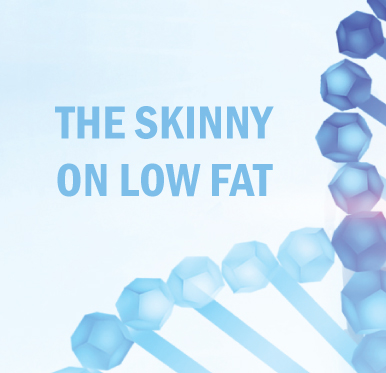 When people then siwas made to target the prevention and stop the advancement of heart disease, the number one cause of death then, and still today.

There are however a number of problems with this framework, and time has shown that not only is it ineffective, but it could also potentially be dangerous to your health

Huge, well-established medical studies with decades of data and using tens of thousands of individuals across multiple countries have reached the conclusions mentioned above.

When the recommendations were made, there was no evidence that low fat, low saturated fat, low cholesterol diets would prevent or stop the advancement of heart disease. Over the next few decades, this idea has been researched and tested over and over again, not only to be disproved but also to show that it increases the risk of heart disease in big populations.

It is also ironic that the exact opposite diet of increased fat, saturated fat and cholesterol, and low carbohydrates has been proven repeatedly to be effective in improving and preventing heart disease.

Continuing to promote this low fat, saturated fat, and cholesterol diet in policy or professionally, while at the same time promoting the idea of having 5 to 11 servings of whole grains per day is simply not evidence-based. It has in fact been shown not only to be ineffective but can also potentially be dangerous to your health.

Our medical system is basically behind the times and if you decide to blindly follow it, you will ultimately pay for it with your health and quality of life.

Be careful who you listen to out there and always arm yourself with as much relevant and accurate information as possible.